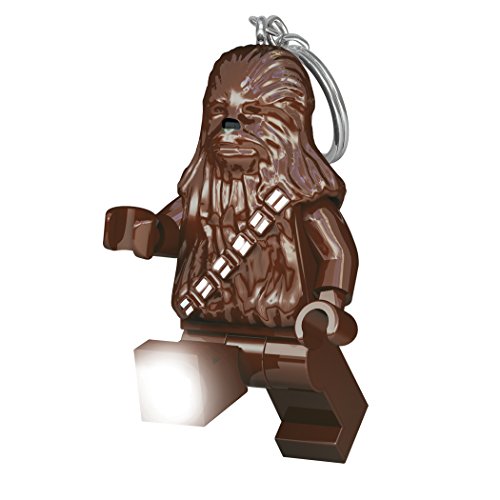 Officially licensed LEGO Star Wars Episode 8: The Last Jedi Chewbacca LED Key Chain Flashlight is small enough to ride inconspicuously on your key ring, backpack and more!
The LEGO Chewbacca minifigure’s feet light up with LED lights and can stay lit for up to 15 minutes!
Pose-able arms, legs and head allow your LEGO Star Wars movie minifigure to act out Chewbacca poses, and direct the light to right where you need it to be!

Scroll back to top